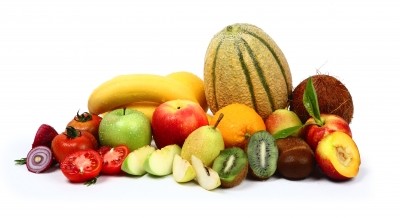 Many of us grew up being told an apple a day keeps the doctor away and these days we’re told to eat certain berries because they’re loaded with antioxidants. As important as we’re told fruit is to our overall health, experts debate whether it works for or against people who are sick.

Dr. Brian Clement has spent more than three decades studying nutrition and natural health care. As co-director of Hippocrates Health Institute, the preeminent leader in the field of natural and complementary health care and education since 1956, recommends that those who participate in his Life Transformation Program decrease their fruit if they are sick. He made the decision more than 30 years ago when he removed all types of sugar, including carrot juice and beet juice, from the diets of four people who had cancer and allowed four other people  to have fructose so he could monitor the effects.

“We saw radical improvements in people (who were banned from having fructose) and people who were not getting well before started to get well,” he said.

After that, he was convinced that fruit didn’t have any place in the diet of sick people.

Yet Medical Medium Anthony William, who for over 20 years has devoted his life to helping people heal and overcome illness and disease, says fruit is a necessity because of the glucose. He’s says take fruit away from people and they will get their sugar elsewhere.

At a recent meeting at the home of Dianne Burnett, the two discussed the subject. Clement used to devour fruit but now describes himself as a recovering sugar addict and eats very little fruit. He recalled a chat on an airplane with a university professor whose expertise was horticulture and agriculture. The educator told him that the average fruit today has 30 times more sugar than the original fruit and that 85% of the fruits we eat today weren’t here 100 years ago. He learned that the Honeybell oranges he loves so much are a hybrid of tangerine and grapefruit. And he found out that his favorite apple has 50 times the amount of sugar that it originally had when it was sourer than a crab apple.

“When you’re healthy,” Clement says, “we’ve determined through a lot of studies, (that) up to 15% of your diet is ripe, organic fruit.”

The problem is fruit is not picked ripe because if it was then shipped it would spoil before it reached consumers. He says the only fruit that ripens after you take it from a plant or mother tree is a banana because of its enzymes. He cautions against eating fruit that is not ripe. “I believe it is worse for you than even the sugar because it sucks nutrients out of the bones and cell structure,” Clement says.
After what he calls 30 years of solid, evidential science, he is firm that there is no place for fruit in the diet of people who are ill. William disagrees though as their dialogue below shows, the two do concur on some things.

BC: You have to be a Nazi on this one. “You don’t touch fruit. You don’t look at fruit.”I even say, “You don’t even walk on the same side of the street as fruit.” People make all these stories that have no bearing on reality like if you mix greens with fruit, which you shouldn’t do to begin with, it balances it out. That’s not true. Sugar is sugar. You don’t evaporate the fructose that’s in there. … There is no difference between high fructose corn syrup and mango fructose – just higher amounts.

AW: When it’s separated there is no difference. When it’s in the fruit itself, everything changes. There’s something that happens that we can’t put science to. In my experience, if you take fruit away from someone they have to get their sugar somewhere. Where are they going to get it? If someone is sick, they need sugar because your heart runs on glucose. Your brain runs on glucose. It’s a tough call.

You have to go with grains. If you go with grains, you want them sprouted. It’s safer. Not everybody is going to do that all of the time. They are going to go for cooked grains. Cooked grains feed cancer, in my opinion, faster than any fruit will. But at the same time fruit is dangerous when you have too much fat in the blood. Brian’s right. Fruit will be a problem. If you’re sick, fruit could feed problems when fats are through the roof though. That’s when you get the insulin resistance. That’s when the oxygen is out of the blood. You’ve got your blood fat up high. You’re eating fruit. You put sugar and fat together you’ve got ice cream. (That’s) not good for you. You take the fat and bring it down and you can bring more fruit up. You’ve got to have a lot of plant protein though. But you’ve got to bring your fat down really low.

I notice that people with lupus, all of the different Epstein’s Barrs, shingle viruses, meningitis, chronic fatigue syndrome, MS, whatever they have, you take the fat down to the bottom – and that’s plant fat too – even avocado – then you can bring more fruit up. But someone is going to grab a cookie if you can’t get some sugar in there. You don’t want them grabbing a cookie so you want to grab some fruit so you keep the fat down. You get results from that. That’s when the results come, cancer included.

BC: You’ve got to be cautious if you give people one piece (of fruit). Where are they going to get ripened fruit? It’s non-existent. Are they going to stop at one piece of fruit? I know I wouldn’t have at one point. Lettuce has, if you eat adequate amounts, all of the amounts of glucose your body needs.

AW: Especially butter (lettuce). I put a lot of people on heads and heads of butter lettuce. They can get their fuel from that.

What both men agree on is the need for all to eat healthy.

“Food is the greatest example of how much we care or do not care for ourselves,” Clements says. “It’s about self-worth and value. Food is just really a fuel. Just eat the right food and food doesn’t become an issue anymore. Then you go on to do the real work and have a life.”