Healing power of Taheebo tea: The tea that heals

My Personal Testimony
A. L. Roberts 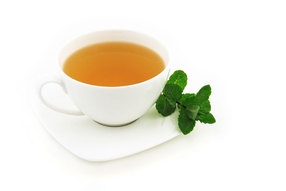 In April of 1983, I became very ill.  After being tested and x-rayed by my own doctor and a specialist, I was told I had cancer.  I was immediately sent to a San Francisco hospital where I was extensively tested and x-rayed.  I received the same diagnosis and the cancer had progressed and enveloped the lining of my right lung.

Several doctors reviewed my case.  A few days later I was told there was no treatment for the type of cancer I had.  I insisted that I be released from the hospital with appointments to return.

My first return appointment was on May 17, 1983.  I wasn’t any better and was taking pills for pain.  My next appointment was on June 14, 1983.  more tests and x-rays were made.  At this time the pills had to be increased for the severe pain I was in.  My doctor told me that several doctors evaluated my case and didn’t think I had over 6 months to live.  But (he) didn’t think I had that long.  He said if I had anything to do, I had better get it done.  During this conversation I asked the name of my type of cancer.  He said one way to remember it easily is it’s the same type Steve McQueen died of, and that it is a very fast acting cancer.  I told the doctor that I was going to attempt to treat myself through nutrition or any other method I could find.  He said sure, anything.

It wasn’t until the first week of July 1983, while visiting a friend that I learned about Taheebo tea.  His wife heard that i only had a short time to live.  She told me she had something that would cure me in 30 days.  I had my doubts that this would help me, but I was willing to try anything.  I came home and immediately started taking Taheebo, Chaparral and Red Clover teas.  (Taheebo is also known as Ipe Roxo and Purple Lapacho.)  Ipe Roxo is the brand that I drank.  I found it to be the finest quality available.  (Be careful as there are some brands on the market that won’t help you.)

Within 24 hours I had no more pain.  A few days later after taking the teas and being on my own nutritious diet, I began having excessive bowel movements which lasted about 2 and a half days.  I immediately started feeling much better.  I was sure the cancer had gone but I had no way of being sure until my next scheduled appointment.

By August 2, 1983, I had been taking the 3 teas for 3 weeks and 2 days.  More tests and x-rays were taken to find out how far the cancer had progressed.  The doctor and several other doctors found that i no longer had cancer.  My lung was clear.  My amazed doctor asked me what I had done to cure myself.  When I told him of the teas, he cautioned me not to continue taking them.  But I continued anyway.

On November 1, 1983, I had my last checkup, and had no more cancer.  I have told several people with cancer about these teas along with my nutritious diet.  Several people that had terminal cancer tried this and were well in a very short period of time.  I feel that the combination of the 3 teas and eating nutritious foods is what healed my body.

When I first learned of Taheebo, I found it wasn’t readily available and no one seemed to know of the tea and its benefits.  That’s why I have taken it upon myself to let people know about my experience.  I’m glad now there was no treatment available through my doctors because I didn’t have to go through the debilitating chemotherapy, radiation and surgery that would have disfigured and damaged my body.

What follows is the course that I took.

I always drank Ipe Roxo and the other teas on an empty stomach if possible.  I kept the Ipe Roxo prepared in the refrigerator and reheated it one cup at a time.  I DID NOT USE A MICROWAVE OVEN AT ANY TIME.  Brewing instructions are below.

I wasn’t able to eat most of the time, I felt I needed the best nutrition possible.  I eliminated unnecessary foods and concentrated on only foods that would give my body the nutrition it needed to keep what little strength I had left.

PLEASE NOTE:  All cooked foods were STEAMED, BROILED OR BAKED.  I ate NO red meats or fried foods of any kind.  I DID NOT drink coffee, milk or soft drinks.  I drank at least one glass of fruit juice with each meal.  (Mainly apple juice.)  I DID NOT eat or drink citrus fruits.  I sweetened my teas and foods with honey NOT sugar.  I ate 7 grain bread.

I kept a salad prepared in the refrigerator.  Many times I had no appetite so I ate at least the salad.  I ate small portions of the other foods as often as possible.  In my salad I used fresh, raw, grated vegetables and fruits.  I used more carrots and cabbage than the other vegetables.  I added a small amount of mayonnaise for consistency.  (Plain unsweetened yogurt may be used in place of mayonnaise.)  If fresh fruits and vegetables were not available, I used frozen foods.  I only used canned pineapple (drained).

I USED THE FOLLOWING TO PREPARE MY SALAD
(All of these foods were grated into each salad.)
carrots, cabbage, cauliflower, broccoli, turnips, raisins, apples, peaches, pineapples (drained)

FOR BREAKFAST I CHOSE FROM THESE FOODS
Oatmeal or Oat Bran, Cream of Wheat, Eggs boiled or poached (if desired, only on occasion)

TO BREW IPE ROXO (TAHEEBO) TEA:
Use a covered container made of stainless steel, corning ware, glass or porcelain.  Do not use aluminum.  Add 1 quart of distilled or pure water and bring to a boil. Add 1 heaping tablespoon of the Inner Bark.  Simmer for 10 minutes, turn off heat and let stand 20 minutes.  Strain into a glass container and store in refrigerator.

Take 8 oz. at least 4 times a day, at least 30 minutes before meals.  If you wake during the night, drink an additional 8 oz.  The terminally ill sometimes choose to use it stronger and more often if time is of the essence.  (Double the strength).

TAHEEBO IS THE INNER BARK OF A TREE NATIVE TO SOUTH AMERICA.  I DID NOT USE IPE ROXO HERBAL TEA IN CAPSULE FORM OR IN TEA BAG FORM.  Do not use a coffee maker of any kind.  Brewing time cannot be reduced as therapeutic nutrients are obtained during this 30 minute process.

During the past two and a half years since I have cured myself of cancer, I have read and researched many articles concerning Taheebo Tea.  I’ve learned that South American doctors discovered this tea through ancient Indian tribes who have used Taheebo for thousands of years and have had great success in treating the following maladies:

I feel better than I have in years.  My wife and I drink about 2 cups Taheebo each day.  Neither of us have had to see a doctor since my cancer was cured.  Many friends drink this also and haven’t had the need to see a doctor.  Some have used Taheebo tea for some of the above mentioned maladies and they too have had great success especially for cancer and arthritis.

I have also learned that you can eat all you want of these foods and lose weight without losing your strength.  People who drink the tea for seven days before scheduled surgery seem to suffer no staff infections and the healing is much faster.  This diet seems to make our metabolism work properly and will also make you gain weight if needed.