Foods: There Really Is No Debate

Although both animal-based foods and plant-based foods in totality may have the same macro-nutrients and even some of the same micro-nutrients, they do differ in both composition and structure. With that being said, it must be understood that there are no nutrients found in animal-based foods that cannot be better obtained from plant-based foods.For example, animal fats are all solid at room temperature due to the fact that they are saturated, e.g. they contain no double-bonds hence their melting points are much higher requiring greater amounts of heat to liquefy them. 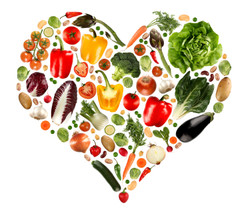 Humans, however require specific types of fats, called omega fats (double bonded), which are double-bonded at either the third or sixth carbon atom from the end of the fatty acid. These double-bonded (unsaturated) fatty acids have much lower melting points and therefore are in a liquid form at room temperature.Stearic acid (animals) and oleic acid (olive oil), for example differ only in that oleic acid has a double bond at the nine position and it’s melting point is 4 degrees of centigrade while stearic acid, also an 18 carbon fatty acid, has no double bonds (saturated) and has a melting point of 67 degrees of centigrade. Quite a difference when you consider that normal body temperature is 37 degrees of centigrade!The omega-3 and omega-6 fatty acids are considered essential, which means that the human body cannot synthesize them and therefore they must be obtained through diet.  Their respective roles in metabolism are fundamentally essential to life and they are produced only by plants.  Animals are not capable of producing unsaturated fats.Similarly, animal proteins are carcinogenic while plant proteins, even in excess are not carcinogenic, as Dr. T. Colin Campbell, PhD was able to prove unequivocally through a multitude of studies over a thirty-year period in the Philippines and in China.All carbohydrates are produced by plants, all anti-oxidants are produced by plants, vitamins are produced by either plants or bacteria found in soil or which inhabit the gastrointestinal tract and minerals (earth) are incorporated into plants and made bio-available to animals.A plant-based diet could include animal products such as certain secretions from mammals that have come to make up the dairy industry however these substances contain certain proteins, such as casein, which fuel cancer growth. In fact, as Dr Campbell stated, casein has been proven to be the “most carcinogenic compound ever discovered.” 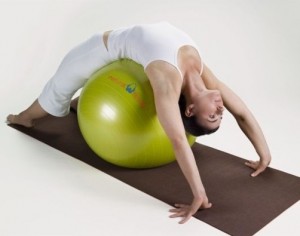 A vegan diet is a purely plant-based diet, that excludes products derived from animals such as eggs, milk and perhaps other secretions, which may be unique to certain cultures.  The results of this diet from womb to tomb include but are not limited to extreme mental clarity, a delightful requirement to move about and expend energy (exercise), a happy disposition and continence, compassion, rapid learning and recall, satisfying sleep, absence of degenerative diseases, rapid healing from trauma, a strong desire and ability for sexual activity well into advanced age and an exceedingly long life,  unless severe trauma intervenes.With these advantages resulting from adherence to biological laws, how did this even become an issue and how on earth did it become controversial.